When K-Tel released Dynamite in 1974, they established a precedent, a benchmark, for all of their compilations that were to follow.  With ten songs per side, there were opportunities for filler picks but the wizards of K-tel chose well. They were not guilty of false advertising with the tagline: CAUTION! EXPLOSIVE HITS! 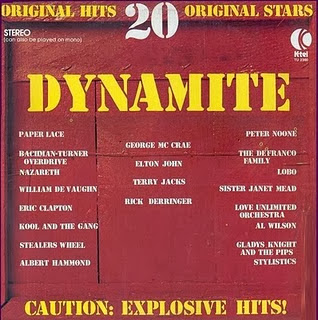 The balance of Dynamite is just about right; it's not too top (hits) heavy nor is it all cellar dwellers. It's a decent snapshot of AM Top 40 radio in 1974, which is where HERC's earliest radio memories began. Although the songs on Dynamite all preceded the creation of Billboard's Disco Action charts, several songs are definitely proto-disco.  Eight songs made the R&B Top 40 and thirteen songs made the Easy Listening Top 40; if anything, the diverse track listing on Dynamite could be dinged a point or two for not including any country-pop crossover hits of the time by John Denver, Charlie Rich, Mac Davis or Olivia Newton-John. 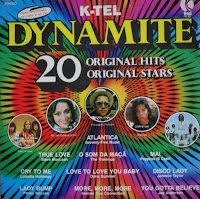 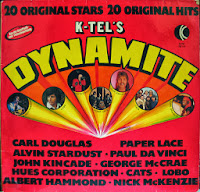 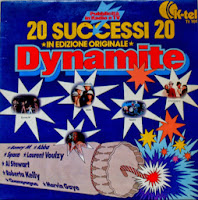 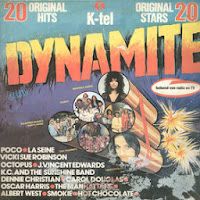 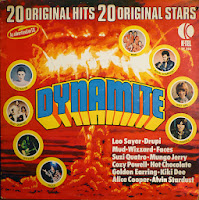 Dynamite was issued internationally in the United Kingdom (1974), Germany (1975), the Netherlands and Brazil (1976) and in France and Italy (1977) with differing track listings and cover art.  K-tel also released a Canadian verison of the album in 1974 which upped the ante with 22 songs including 11 holdovers from the US version. 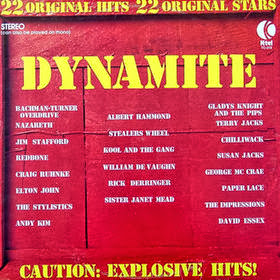 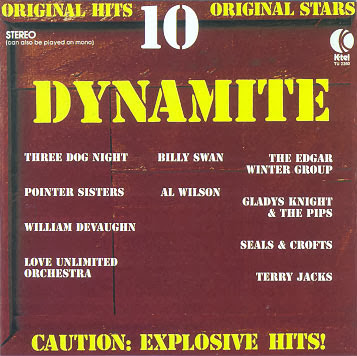 An avid reader suggested HERC run the K-Tel CDs through the K-Tel Scale machine, so here goes nothing. Because most of the ten songs were big hits, HERC is expecting a high score.