Nearly four years ago, I wrote about 1982's The Hit List over on The Hideaway. It was the third or fourth K-Tel album I had featured up to that point and after featuring a few more K-Tel compilations in no particular order, I came up with the K-Tel Scale and started the K-Tel Kollection 1973-1983 site you are viewing at this very moment. The Hit List has twenty-two songs from 1980-1982 spread out over the four sides of a double album. The first disc in the set features eleven songs from the rock side of the pop charts while the second disc seems equally divided between R&B on the first side and soft rock on the second side. 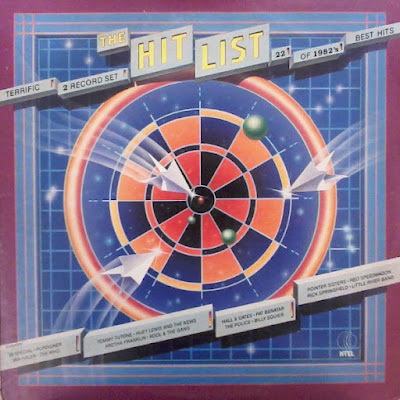 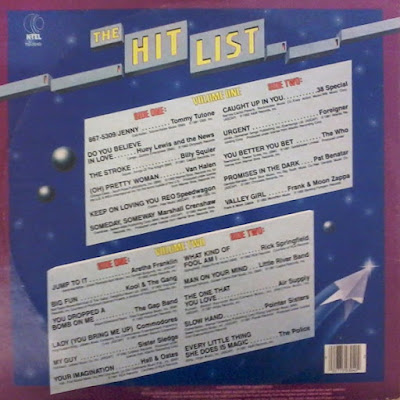 The Hit List is a great compilation to listen to. I'm guessing the majority of these songs were Top 40 hits though I wasn't listening to that radio format any longer by 1982. It says right on the cover that these are 22 of 1982's Best Hits. For me it was all rock most of the time, with occasional listens to the soul station and of course the weekly catch-up of Casey's American Top 40 on a third station. It seems like just a few years prior all of these songs would have been heard on just one station but things had done changed by this time. According to the copyright filing date, The Hit List was released on October 14, 1982, along with Blast Off!, The Beat and Love Is... which I expect K-Tel commercial fan and prolific commenter Jermaine Mack to point out. As one of K-Tel's periodic double-album reviews, most of the songs on The Hit List had been featured on earlier K-Tel releases from 1981 and 1982. Having most of the songs on other albums, I didn't pick up a copy of The Hit List until well into the late Nineties, when my interest in K-Tel compilations was sparked by a discovering a cache of them for a buck a piece at my favorite media recycling place. I'd say 16 of the 22 tracks rank among my favorites of all time with several ranking in My Favorite Songs from 1982:


The album cover is a gatefold sleeve with a large graphic on the inside, nothing spectacular. I'm very curious how this tracklist fares in the K-Tel Scale so let's plug the numbers in, turn the crank and say magical incantation...

As predicted, every single track was a Top 40 hit. However, less than half of them were Top 10 hits with only two reaching Number One so the score is lower than it could have been. You can see the genre breakdown by the chart crossover though the appearance of Foreigner's "Urgent" on the Dance/Disco charts is an anomaly. The Hit List deserved a better score. I mean nine of the songs were Number Ones on one chart or another but only two were Number One on the Top 40 chart. 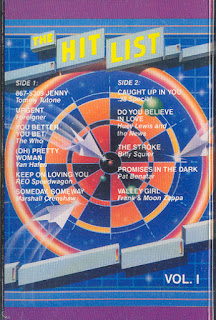 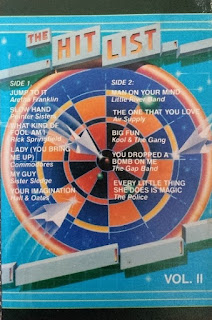 As was their standard operating procedure when it came to double albums, K-Tel released each disc of the double album separately as The Hit List Vol. I and The Hit List Vol. II. On vinyl, the split was amicable with each album retaining its original running order but on cassette, the tracklist of each record was shuffled somewhat to minimize empty space on the tape. I took the time to run each volume through the K-Tel Scale and see how it stands alone. I've included Show N K-Tel mixes for each volume. 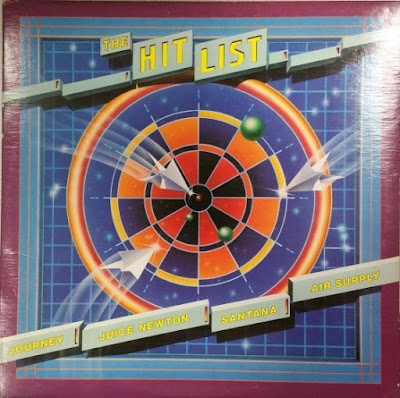 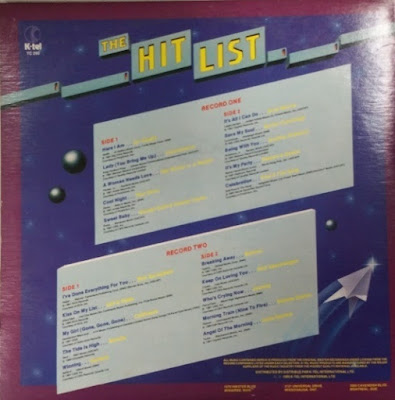 There is a Canadian vinyl double-album of The Hit List and it shares only two songs in common with the US one. Another difference is it has only twenty songs instead of twenty-two. Unlike the US version, the Canadian tracklist leans heavily towards the soft rock side of the charts with a smattering of rock, soul and disco songs. Very curious how it compares on the K-Tel Scale.

Wow! We have an upset of sorts. Despite having fewer songs to begin with including two songs that missed the Top 40 resulting in zero points, the Canadian version of The Hit List outscored its American counterpart on the K-Tel Scale. Its easy to see why right there in the first column, Pop which is Top 40, the most heavily weighed chart in Scale's algorithm. Eighteen Top 40 songs including a dozen Top 10s and five Number Ones more than made up of the deficit caused by the two songs that missed the chart completely. And I was pretty close on my genre calls with fourteen songs making the AC or soft rock chart. Figures. There are less than 15 albums left in the K-Tel Kollection and now I'm getting the hang of it. The first 64 albums were just for practice I guess.

Join us next time out as we listen and rate The Beat, one of my Top 5 Favorite K-Tel albums ever! 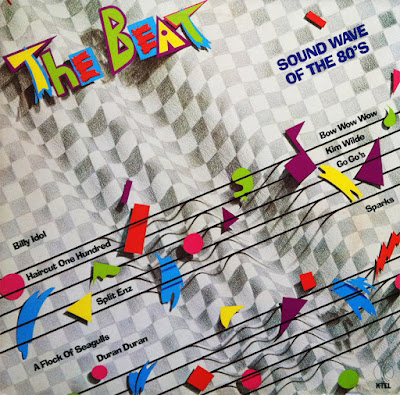