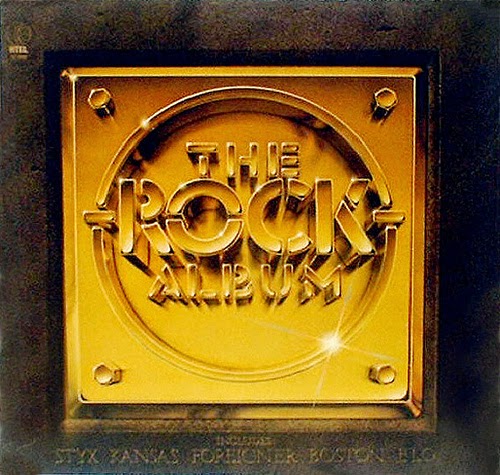 K-Tel's The Rock Album was first released in 1980.  It contains rock songs that battled "disco" songs for supremacy on the Top 40 airwaves of the time and is in fact the first all-rock album K-Tel sold.  A dozen of the tracks are still in rotation on Classic Rock stations to this day, more than 35 years after their initial burst of popularity.  Half of the album's fourteen tracks were from 1979 while the other half were from the years 1974-1978, creating a six year spread uncommon among K-Tel albums which usually featured no more than a three or four year spread.  Based upon the songs on the album and their complete lack of chart crossover potential, HERC says The Rock Album will be lucky to score a 25 on the K-Tel Scale.

Two songs failed to hit the Top 40 and there was absolutely no crossover charting so we get a sub-25 score.  From 1976-1980, HERC's primary radio station of choice was Chicago's mighty WLS and you can see that across the board, eight of the eleven songs that made WLS's weekly countdowns, actually ranked higher than they did on Billboard's nationwide Top 40. These songs are indelibly etched in HERC's musical memories and he owned the majority of them on 45 and chose them with his quarters in the jukeboxes. 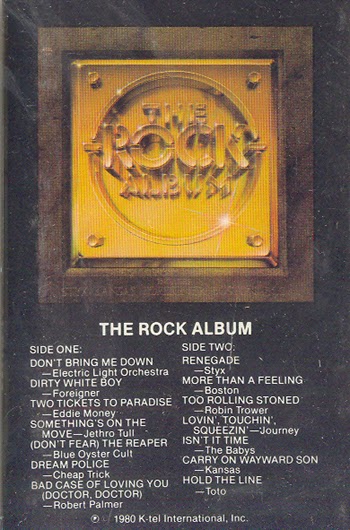 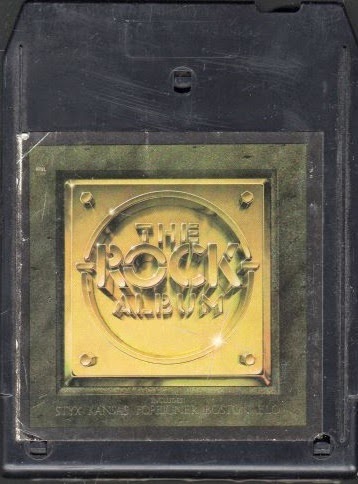 In addition to vinyl, The Rock Album was available on both cassette and 8-track tape, as pictured above.  A slightly tweaked tracklisting, featuring the requisite home country artists, also adorned the Canadian version of The Rock Album, which was also beefed up to sixteen tracks. 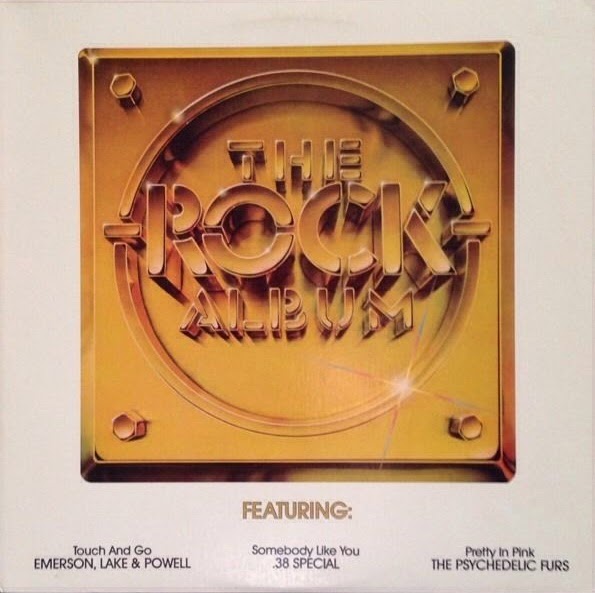 HERC didn't acquire his first copy of The Rock Album (above) until 1986.  It has similar cover art to the original 1980 version but features the gold logo on a white background rather than a dark one.  Plus, it only has ten tracks and all of them are from the Eighties which allows HERC to swap in Billboard's Rock Tracks chart for the by then defunct Cash Box chart in the K-Tel Scale.  Still, the results aren't pretty: seven of the songs failed to make the Pop Top 40 though seven did make the Rock chart and three made WLS's weekly countdown.  The K-Tel Scale score for HERC's first copy of The Rock Album, which is ineligible for the Top 10 because it falls outside the 1973-1984 timeline, is a record low 4.40. 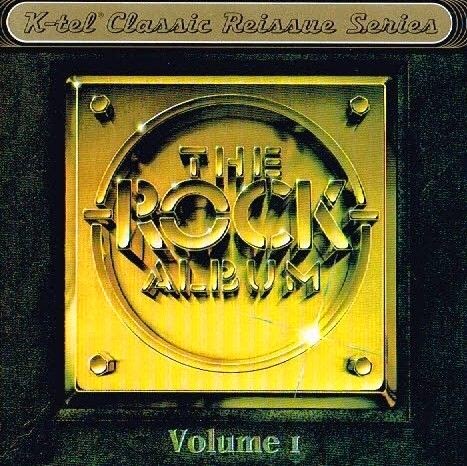 As part of their Classic Reissue Series of 1997, K-Tel reissued the original The Rock Album from 1980 as two, ten track compact discs, labled Volume One (pictured) and Volume Two.  The first disc has nine of the original fourteen tracks and is padded out with REO Speedwagon's monster ballad "Keep On Loving You".  It was manufactured by Sony Music Special Products while the second disc was handled by EMI-Capitol Special Markets.  That second disc has another four tracks from the original tracklisting, leaving Journey's "Lovin', Touchin', Squeezin' " as the only original track that didn't make the reissue.  Skynyrd's "What's Your Name", Steve Miller's "Rock'N Me", The Knack's "My Sharona", Bad Company's "Rock 'N' Roll Fantasy", Greg Kihn's "Jeopardy" and Marshall Tucker's "Heard It In A Love Song" round out Volume Two. 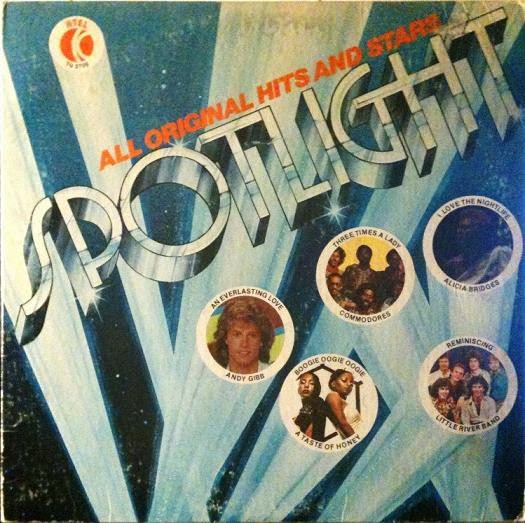