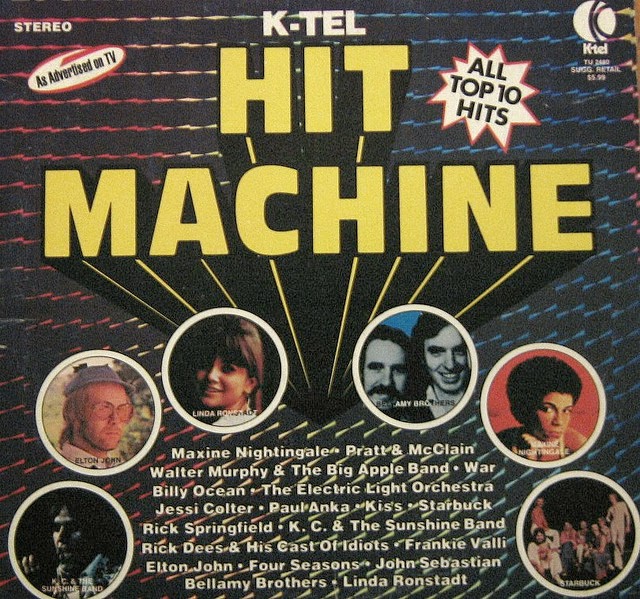 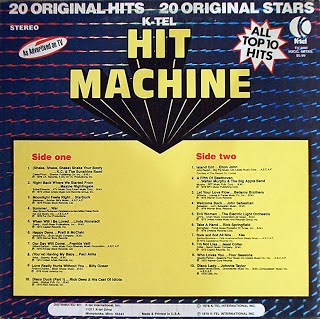 Probably the first K-Tel album HERC ever received was Hit Machine from 1976.  He had been buying singles since 1974 (owning fully half of Hit Machine's tracks on 45s) and bought his first album in 1976 because the single he wanted was sold out.  The K-Tel albums were a value for single buyers so HERC soon became a K-Tel album buyer.  Sure he had to save up for a few weeks to afford an album but he was rewarded with more of his favorite songs than the same amount of money could have bought him off the singles rack.  As the first, it is probably the most played K-Tel album in the Kollection as well with not a bad song among the 20 ALL TOP 10 (though not in the US) HITS! With every song a winner, this one should score well on the K-Tel Scale.


Hit Machine holds a very special place in HERC's heart.  It was a gift for his 10th Christmas which is probably the greatest childhood Christmas he can remember; rivaled only by the Evel Knievel Scramble Van Christmas of 1974.

As expected, this one rocked the K-Tel Scale.  With twelve songs from 1976, seven from 1975 and one from 1974, this is a great slice of AM Top 40 radio circa Fall 1976 featuring a little bit of pop, rock soul and country.  Landing eight #1's on the Billboard Hot 100 and a total of ten #1's on the Cashbox equivalent, Hit Machine is jam-packed with crossover singles featuring Number Ones across the board on the R&B, Country, Disco and Adult Contemporary charts was well.  Only Rick Springfield's "Take A Hand" missed the Top 40, coming in at #41.  That song and the zero points it earned on the K-Tel Scale is the only thing that kept Hit Machine from becoming the highest scoring K-Tel album on the K-Tel Scale thus far.  Instead, it settles in at the #2 spot. Not too shabby.  HERC's favorites are yellow in chart below. 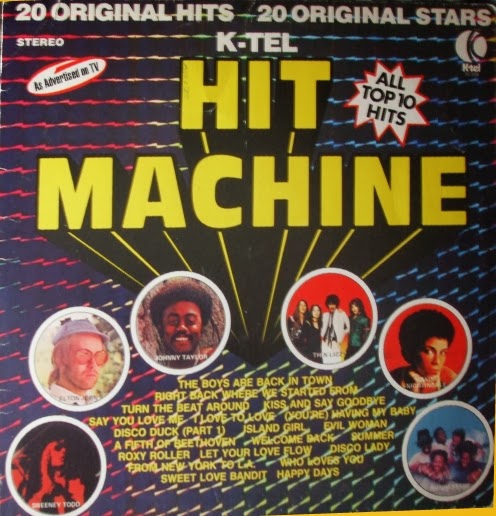 The Canadian version of Hit Machine featured eight song substitutions including the requisite five Canadian artists contributions and thus scored rather poorly on the K-Tel Scale. The album was also released in Brazil and the UK with radically altered artwork (Brazil used the Power House cover) and track listings (the UK included eleven songs on each side of the album for a total of 22 ORIGINAL HITS). 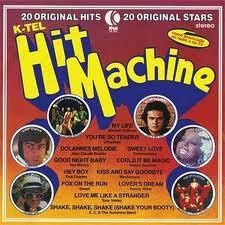 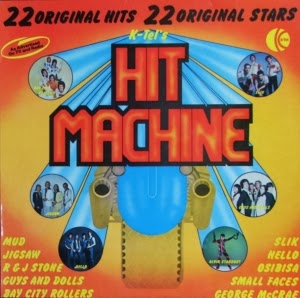