Disco Rocket was the third in K-Tel's run of "continuous disco music" albums though it was the first 2 record set to bear the tag.  With twenty-one of the album's twenty-four tracks being authentic club hits from the Disco charts, this was more than just an exercise in trendy branding, this was bonafide boogie beats.  For further proof of the set's credentials, check out the abbreviated K-tel Scale chart below.


Why the abbreviated chart?  As you can see, most of the songs hit the disco chart, including four #1s. However, only about a dozen songs found their way out of the clubs and onto the streets although there were five #1 Pop songs and four #1 R&B songs. Without causing the album too much embarrassment, HERC will only say it scored "below 20" on the K-tel Scale which is primarily based Pop Top 40 performance. 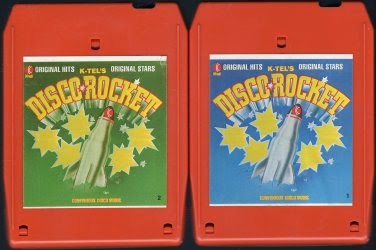 As had become their modus operandi, Disco Rocket was also issued as two separate records (Vols. 1 and 2) and the eight track version featured a jumbled tracklist to allow evenness throughout the four programs.  The program times listed on the tapes indicate that Disco Rocket was just over 80 minutes, start to finish. 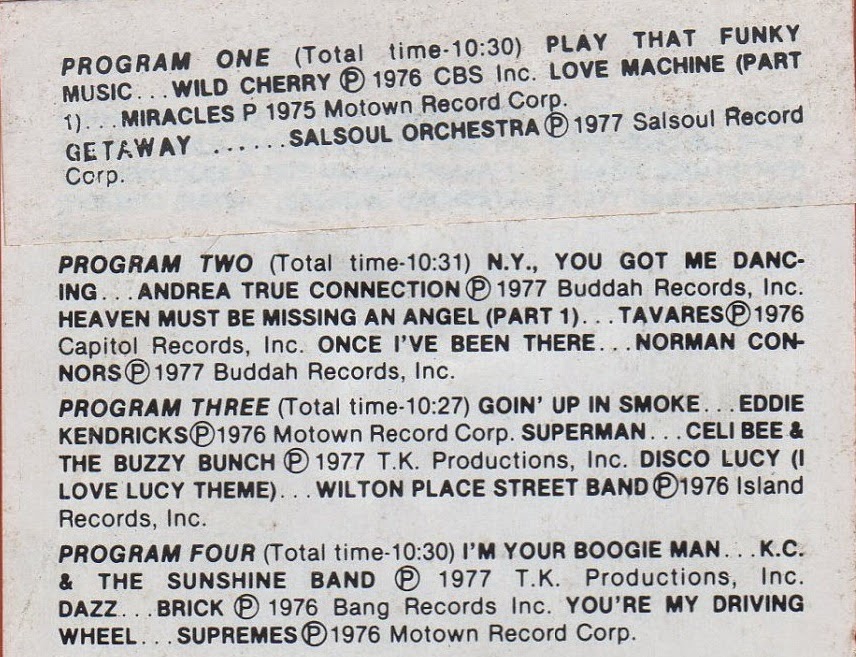 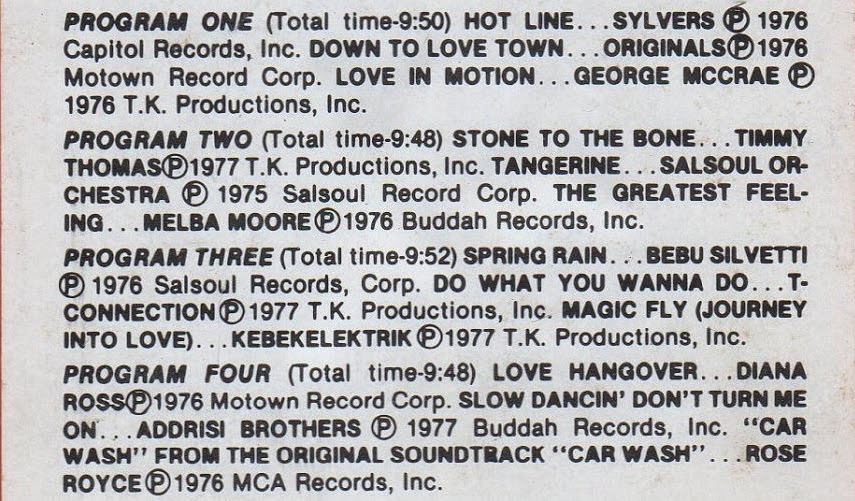 For HERC's M!X of the Disco Rocket album, 12" disco mixes were used whenever available which means that although seven songs are not yet available on Spotify in acceptable versions, the seventeen song playlist below clocks in at over 95 minutes. 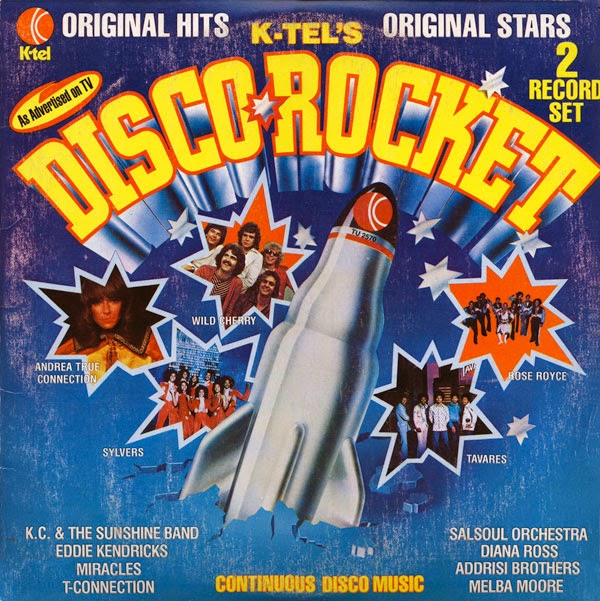