For their fifth "Disco"-titled release, K-Tel rolled out yet another double album complete with gatefold tutorial for the Hot Chocolate: 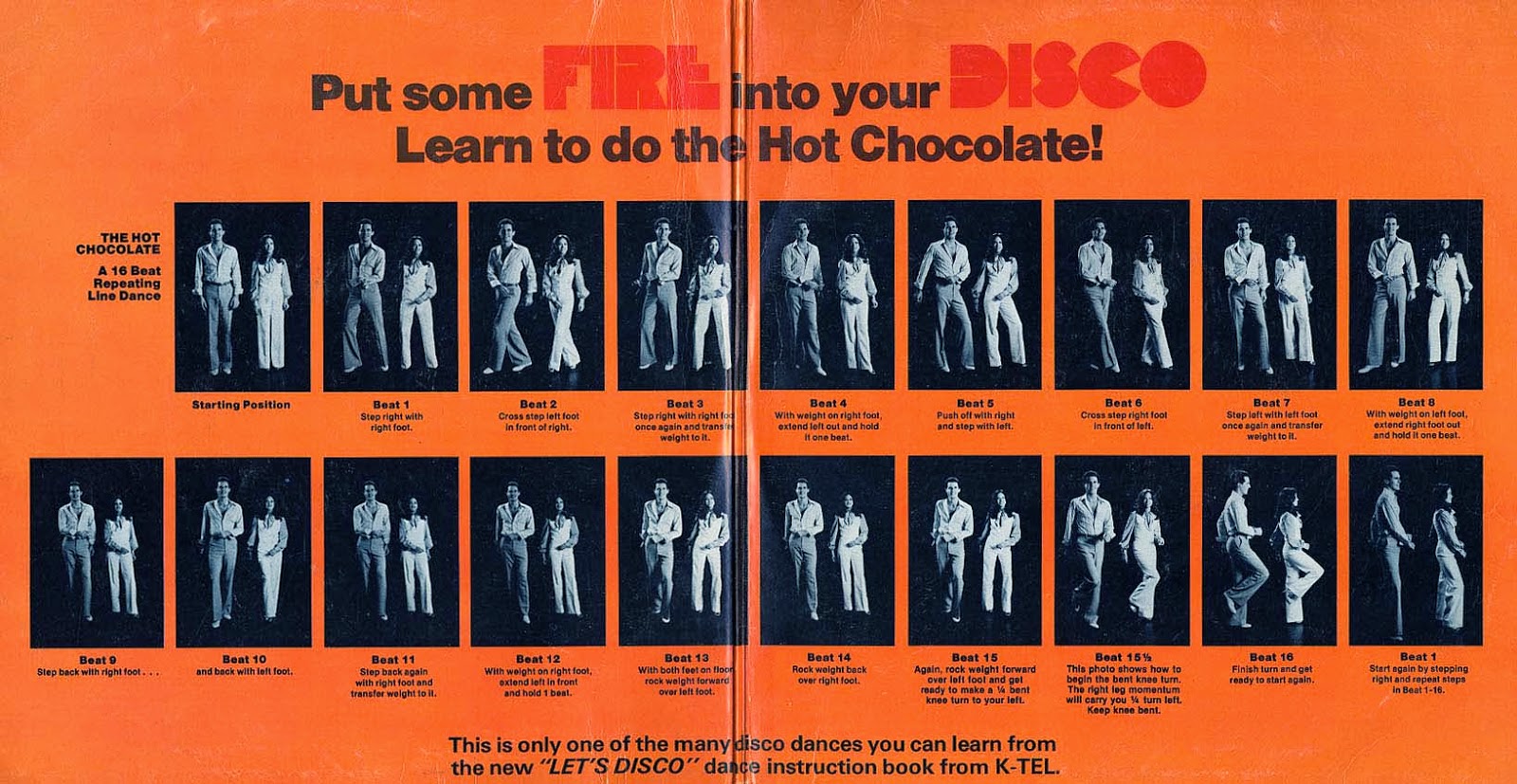 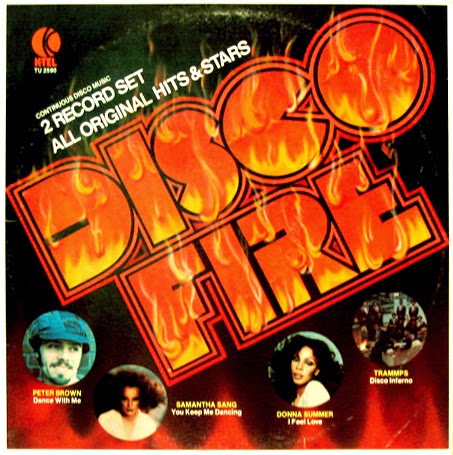 Disco Fire has 24 songs spread out over four sides with an even six tracks per side.  When HERC first got the album in early 1979, he knew all but four of the songs - being a thirteen year old severely hampered his disco going experience.  There are a combined eleven Number One songs from the R&B and Disco singles charts but only two chart-toppers from the Pop chart.  Six songs missed the Top 40 on the Pop chart which should knock down an otherwise promising score on the K-tel Scale.

As suspected, those six non-Top 40 songs took their toll; factoring them out and running the album as having eighteen songs instead of twenty-four, Disco Fire could have scored a respectable 31.00, good enough to crack the Top 10.  The big surprises for HERC were the four Adult Contemporary Top 40 songs. 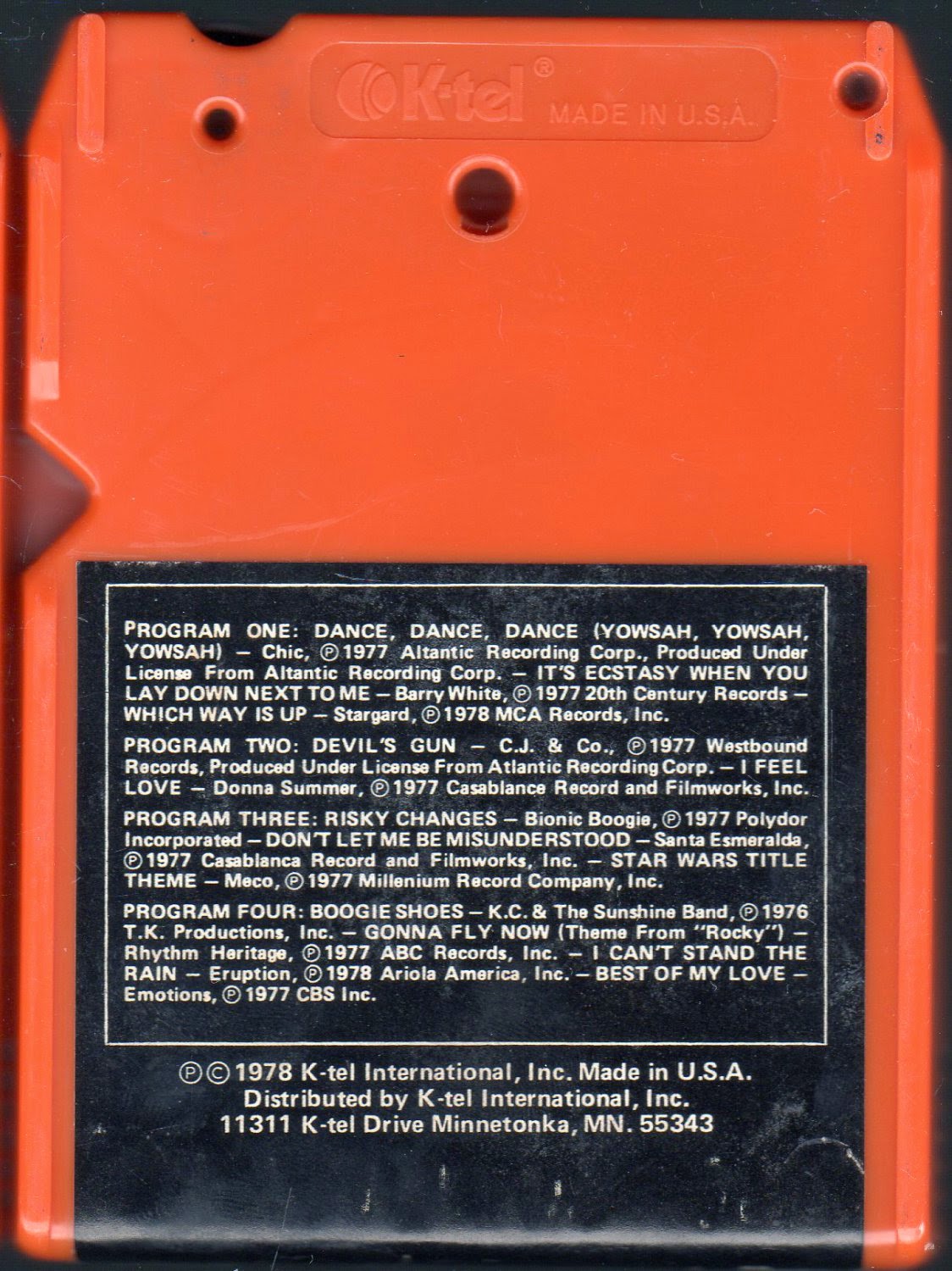 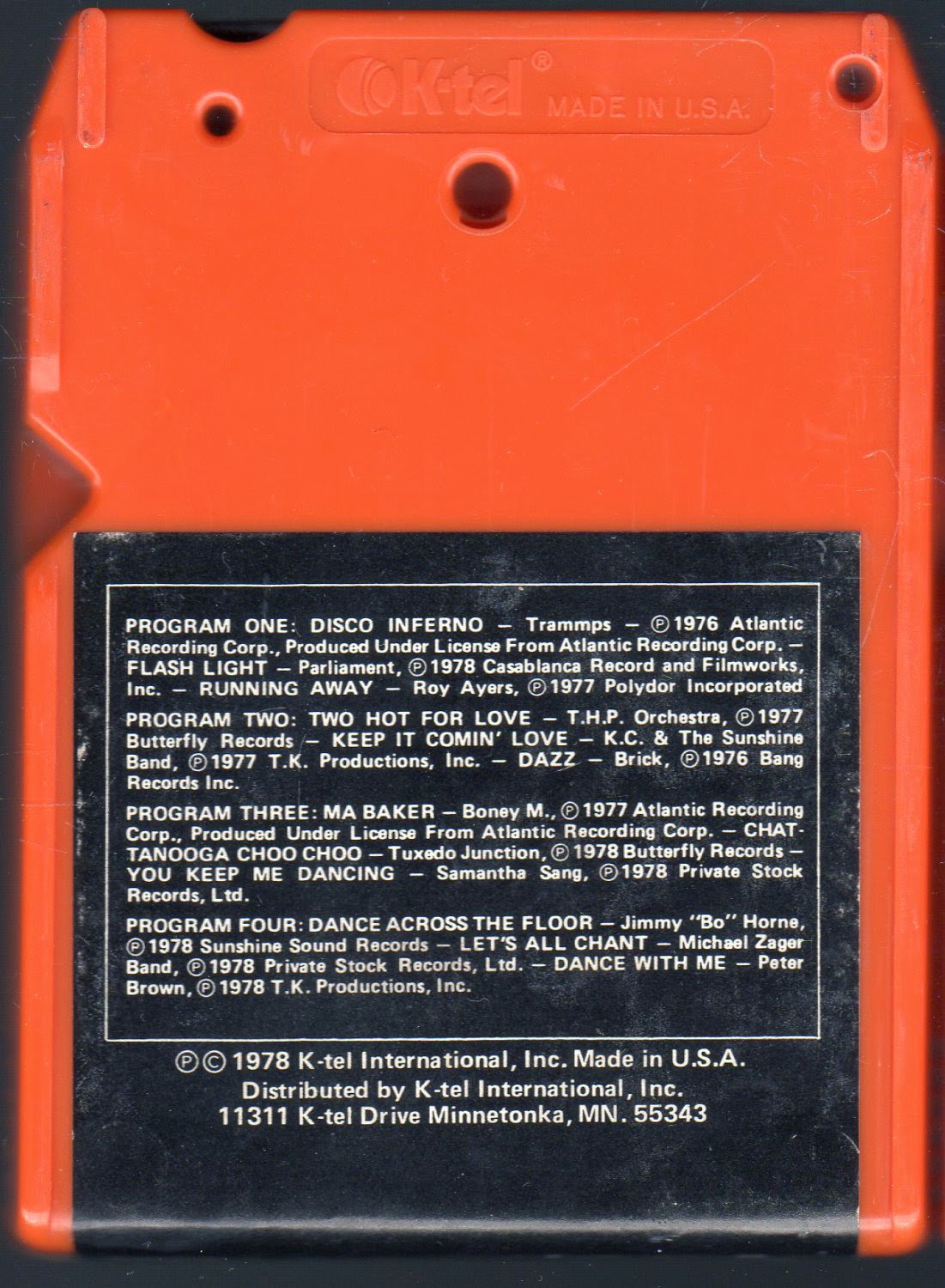 The double album was also released as a twin 8-track set with a different running order yet still apparently "a continuous disco" mix or as continuous as 8-tracks can be. In 1979, each record was released separately as Disco Fire Vol. 1 (TU 2590-1) and Disco Fire Vol. 2 (TU 2590-2).  The Canadian version of Disco Fire (below) features one less song per album side for a total of twenty tracks, including just eight that were on U.S. edition. 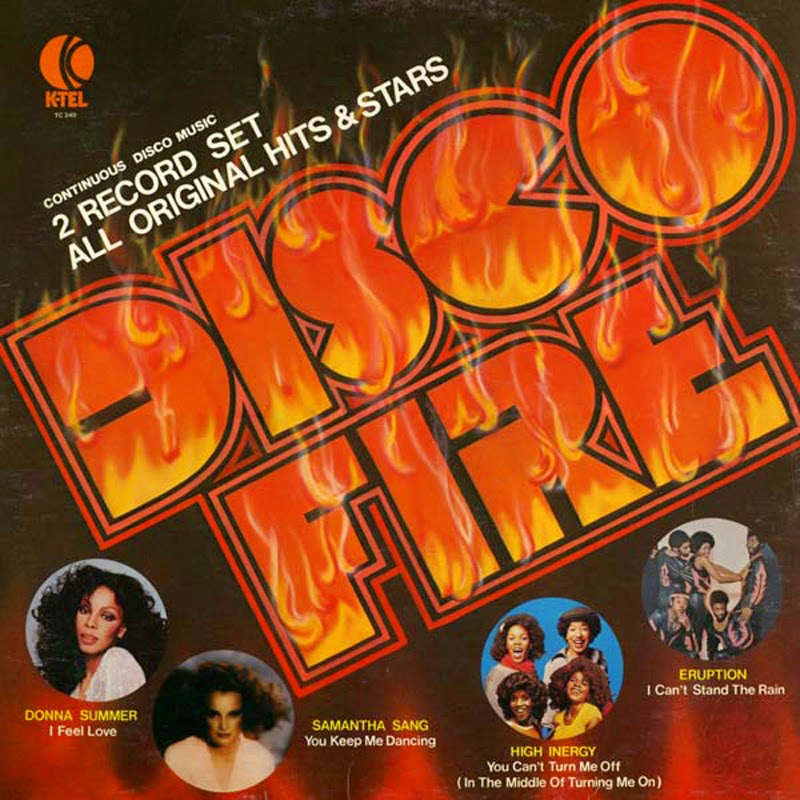