For their final offering of 1978, the kids at K-Tel released Super Star Collection, their third annual thirty-six track, double album collection featuring songs they had previously released on other albums.  With a lone song failing to make the Top 40 and a whopping eight Number One songs, Super Star Collection has the potential to do very well on the K-Tel Scale. 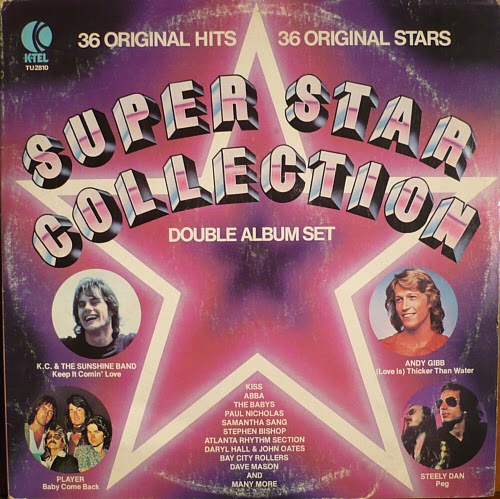 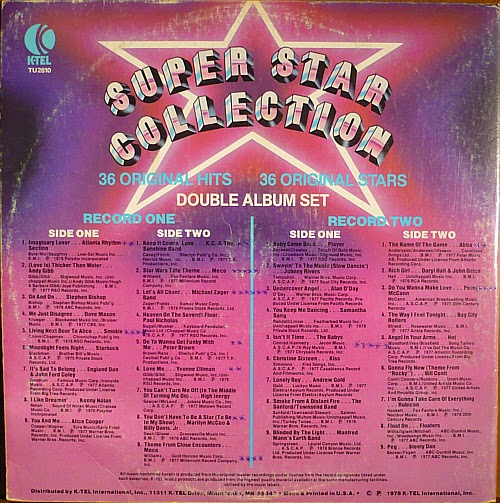 The marketing geniuses on K-Tel Drive pulled out all the stops with Super Star Collection though they somehow missed up in the sole surviving television commercial for the album from 1978 by showing the US cover art and announcing the Canadian track listing.  (More on that below.)  The album also came with a gatefold featuring seven more artists photos in addition to the four featured on the front cover. 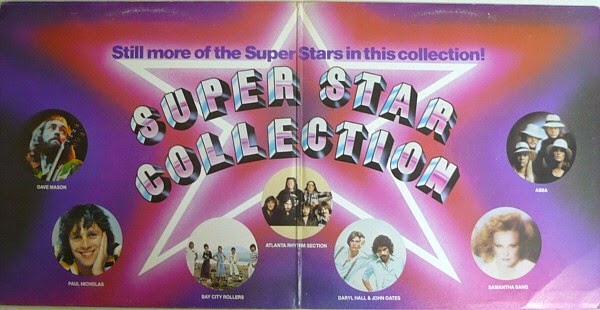 In addition to the double album, each record was issued on its own as Volume 1 and Volume 2 respectively.  For the 1978 Winter Holidays, shoppers could buy Super Star Collection on vinyl, as an 8-track tape or, in an apparent K-Tel first for the US market, on a pair of cassettes.  Pictured below are the Volume 1s in each format. 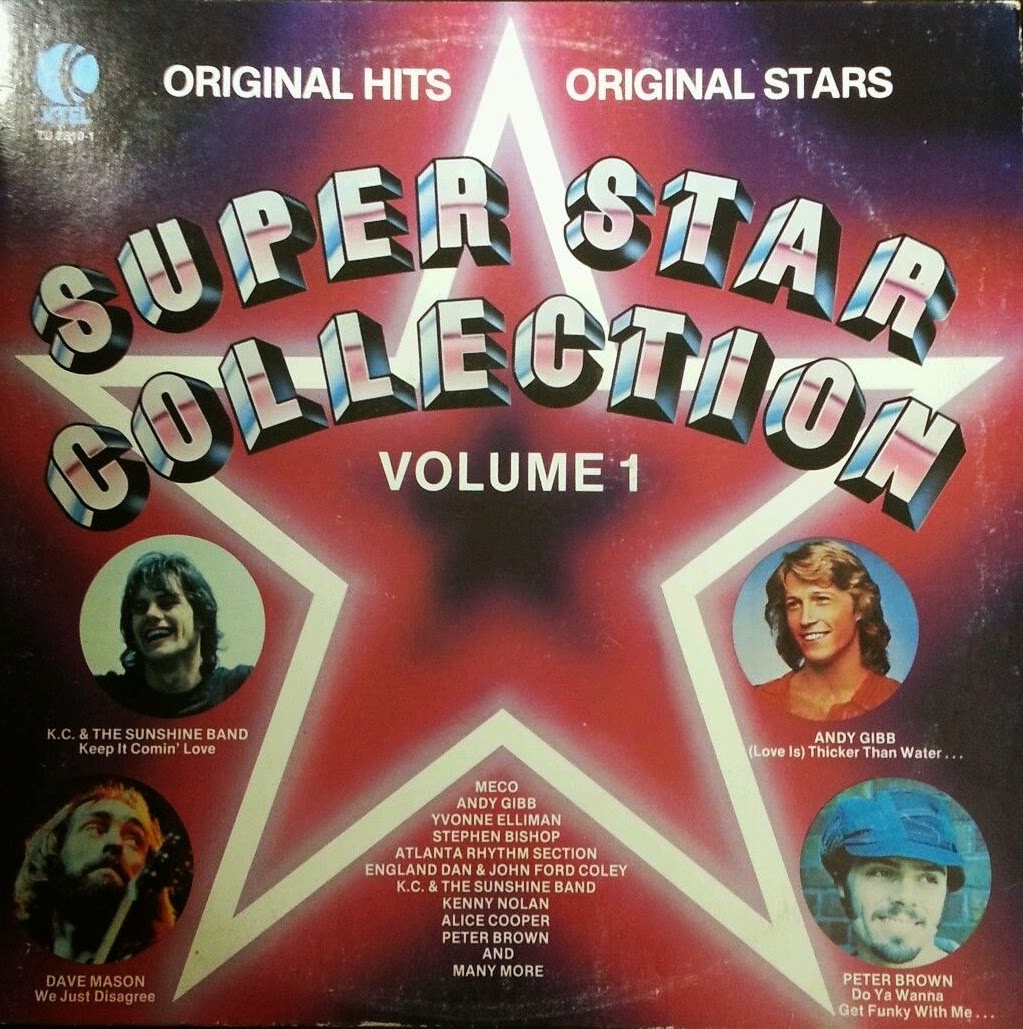 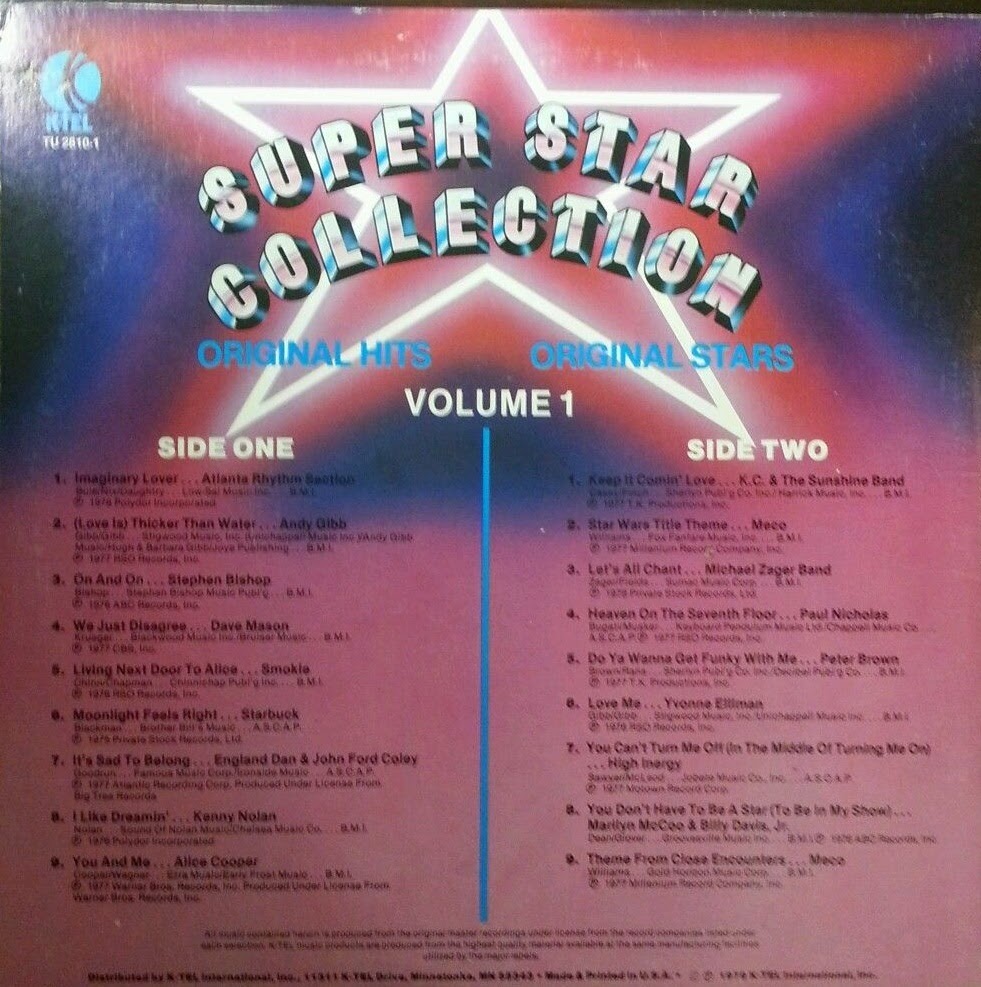 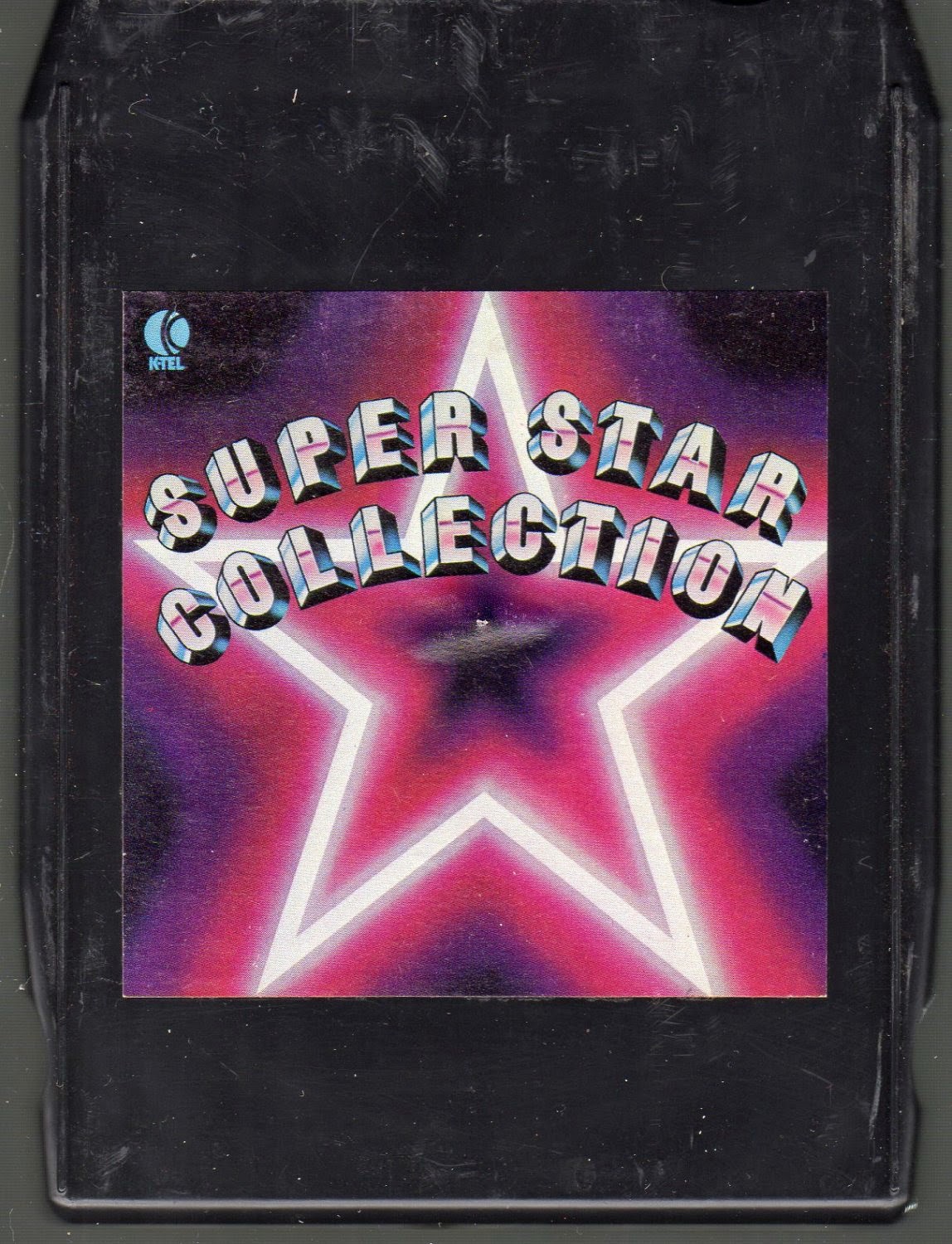 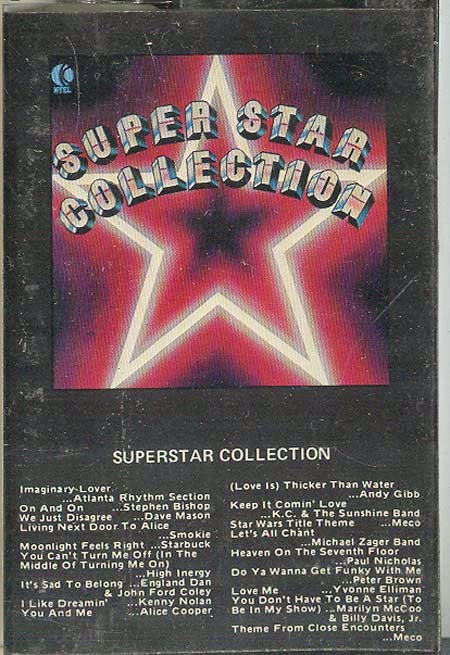 If you click on the back of the Super Star Collection Volume One 8-track above to embiggen it, you'll notice the four Program times.  HERC did the math and it clocks in at half a minute under an hour meaning most of the songs are not too severely edited in K-Tel's notorious fashion.  Once again, HERC has high hopes for Super Star Collection on the K-Tel Scale.

The score is disappointing.  Eight Number One Pop song and twelve more Top 10s weren't enough to push the score up into the mid-thirties which was HERC's initial guess.  The 31.18 score is good enough to just barely crack the current Top 10 rankings and end up at Number Nine.  Still, Super Star Collection is a better than average collection that is fun to listen to - don't forget to listen to the Spotify playlist sandwiched above between the album's front and back coverart.

Setting the small gaffe in the commercial above aside, it becomes quite possible that the Canadian configuration of Super Star Collection might be superior to its US counterpart as the usual government mandated Canadian artists on it actually crossed-over onto the American charts. Plus it only has nine tracks in common with the US edition of Super Star Collection, setting the stage for a possible mega 60+ song Spotify playlist at the end of this post. Before we get to the K-Tel Scale scorecard, here's the cover art and playlist for the Canadian collection. 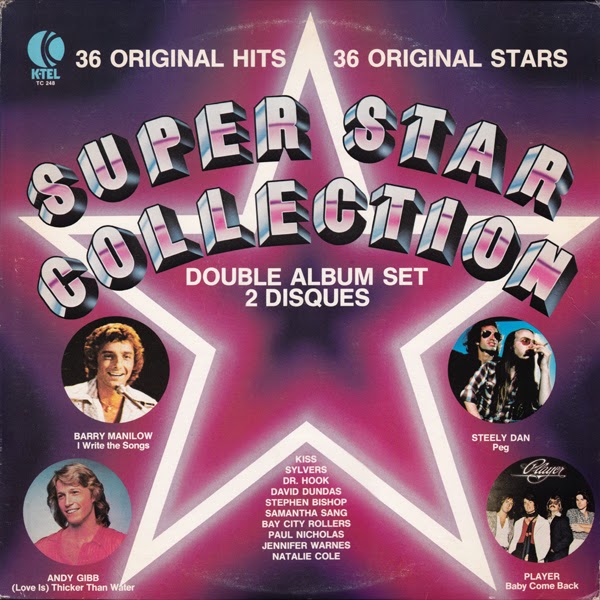 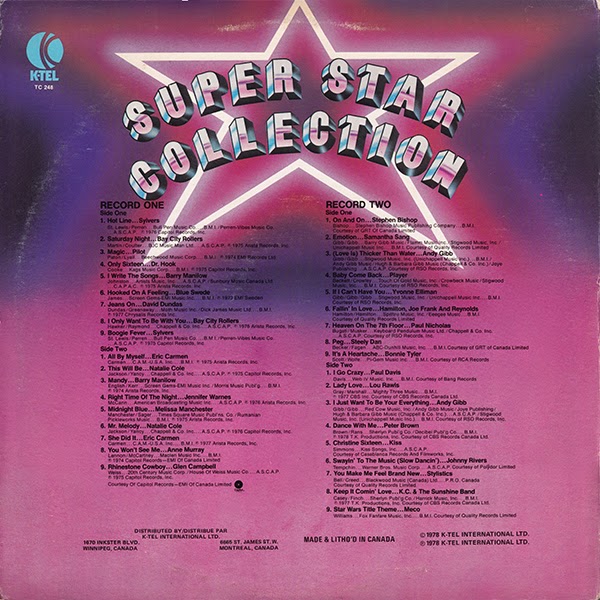 Sure enough, a great score, high enough to be #5 in the Rankings if not for the ban on Canadian versions.  Only eight songs missed the Top 10 and an incredible dozen Number One songs, this one was a chart cross-over monster.  Here's that MEGA-SIZED Spotify playlist featuring the songs from both versions of the album.